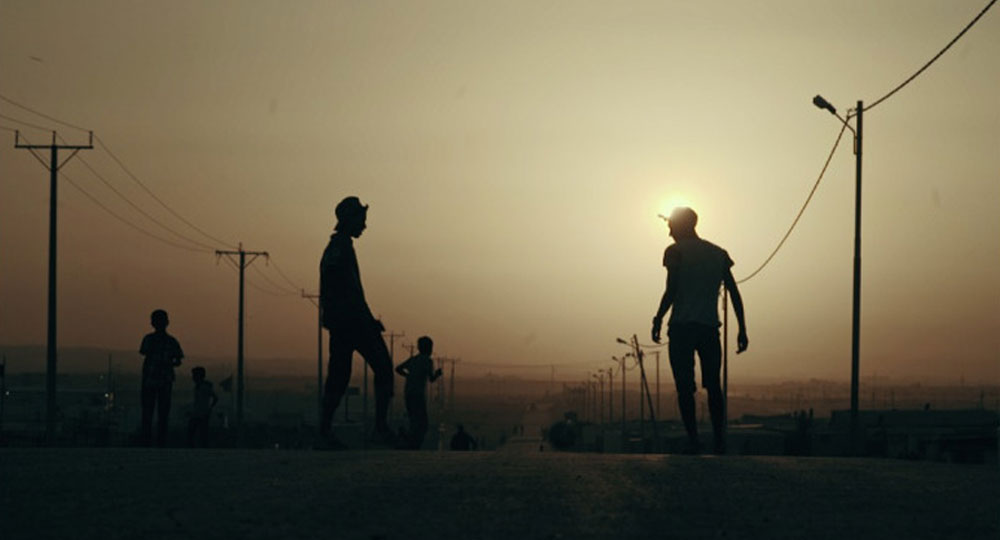 It took Egyptian director and producer Ali El Arabi six years to shoot “Captains of Zaatari,” which world premieres in the Sundance world doc competition on Jan. 31. He shot it mostly on the Zaatari refugee camp in Jordan. which hosts some 80,000 Syrians forced to flee the civil war in Syria, more than half of which are children. At the camp, the director focused on the lives of two talented teens, Mahmoud and Fawzi, who are best friends and dream of becoming professional soccer players. They get a shot at it thanks to a Doha-based sports academy called Aspire. El Arabi spoke from Cairo to Variety about how he gained deep access to the team captains’ lives and, by extension, to a potent depiction of the redemptive power of soccer, friendship and “the right that refugees have to connect with the world.” The excerpted conversation follows.

What is most striking about the doc is the intimacy. It’s like the camera’s not there. How did you accomplish that?

The first year served as my introduction. I tried to build trust. Luckily I am a soccer player and I played with them. So they felt close to me. To establish an even closer rapport, I would give them the camera and ask them to shoot me while I was playing, so they got accustomed to the camera and to my presence.

Also, I come from a small village, which is not that dissimilar from a refugee camp, though of course it’s different. But just like the Zataari refugee camp, this village is void of dreams and aspirations. So that’s why we bonded. Over the course of these six years I would sometimes leave several cameras rolling just to pick up chit-chat and dialogue between the two protagonists.

You also made narrative choices that make it feel almost like a feature film.

I did not want this documentary to look like traditional documentaries that we have in our part of the world, where there is this conventional image of refugees, especially on TV stations. That is not what I wanted to portray. I wanted the audience to live with the captains and share everything about them: their journey, growth, pains and joys. I wanted to show that these refugees have a life. And that they have a right to connect with the world and to feel that that are a part of it.

The other protagonist of the doc is soccer, their ticket to a better life.

Fawzi told me that the only place where he feels that he is not a refugee is on the soccer pitch. I feel that if refugees aren’t allowed to express their abilities they can be snatched up by terrorist groups, who can convince them that they do play a part in the world and exploit them in a different way. Sport is one of the most important ways of establishing peace. And since soccer draws large crowds, lots of people love it, it can resonate widely and people can identify with the cause.

In this film we are comparing two contradictory worlds. The world of the poor, represented by the refugees. And the world of the rich, which is represented by professional soccer players who are stars. To put it simply: refugees can be sponsored and supported by soccer in a huge way. Personally I’ve started sensing that from conversations with some of the most famous players around the world. Through an empathy campaign I really believe that they can help refugees’ lives get better. The cause of these two dreamy young men can blaze a trail and big sports entities like FIFA [the international governing body of soccer] could adopt their cause.